The telecommunications (phone and internet) company in Mexico is called Telmex (Teléfonos de México). The office serving our area is located in the town of Bucerias.

Most hotels, vacation rentals and homes have local phone service installed. If you don’t have access to a landline or cell phone (see below), you can purchase a Ladatel phone card. These pre-paid phone cards are sold at most grocery stores and pharmacies and are available in $30, $50 and $100 peso denominations. Find a Telmex pay phone, insert the card into the slot and follow the directions on the screen. There is a button on the phone to change the language of the instructions from Spanish to English.

As of January 1, 2015, Mexico’s Instituto Federal de Telecomunicaciones eliminated long-distance charges for telephone calls within Mexico, stating that all calls are considered local. This applies to both landlines and cell phones. Telmex also dropped international calling charges for most of their packages.

If you don’t have access to a landline or cell phone, you can easily make calls using Skype or Vonage, which are software programs that allow you to make calls via the internet.

If you plan on staying for a while, you can purchase a cell phone at most Telcel, IUSACell and Movistar outlets. Both monthly and pay-as-you-go (which you can recharge at your convenience) plans are available. To check to see how much time you have remaining, dial *133#.

Another option is to bring an unlocked cell phone and buy a Mexican sim card. If you want to use your US/Canadian cell phone instead, you will most likely need to order international (Mexico) service ahead of time. If you don’t do this, the rates and roaming charges can be very high.

Keep in mind that reception is limited in our area, and there is almost no cell phone coverage in Los Ayala.

Most hotels and homes now have high-speed or WiFi (wireless) internet connections. If not, there are many internet cafes and they charge only $20-30 pesos per hour.

In case of emergency, view Emergency Services and Police Numbers.

When you arrive in Puerto Vallarta, you will be on Jalisco/Central Time. Once you head north, you will leave the state of Jalisco and cross into the state of Nayarit. While the time zone originally changed at the state line, a time zone change went into affect in 2010 within the Bahía de Banderas municipality, including the towns of Mezcales, Bucerias, Sayulita, San Pancho and Lo de Marcos. So once you pass Lo de Marcos (and head towards Los Ayala, Rincón de Guayabitos and La Peñita), be sure to turn your watches back one hour, as you will now be on Nayarit/Mountain Time.

Upon your return to the airport in Puerto Vallarta, remember that you will lose an hour as the time zone changes back to Central Time. Be sure to set your watches accordingly so you don’t miss your flight. 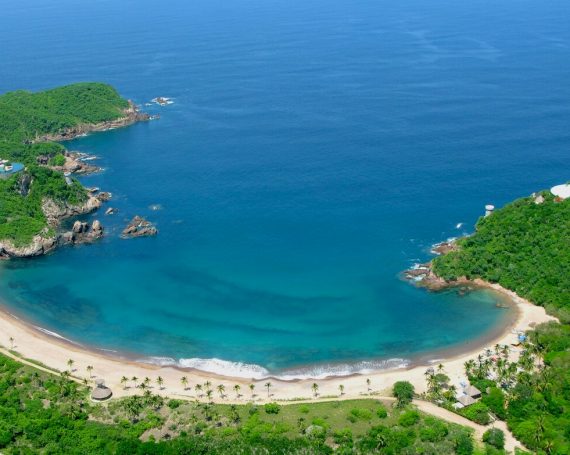 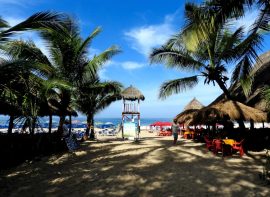 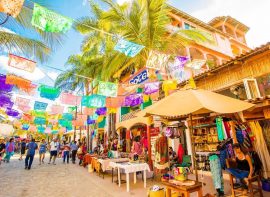 The best place to
ask questions
about the area